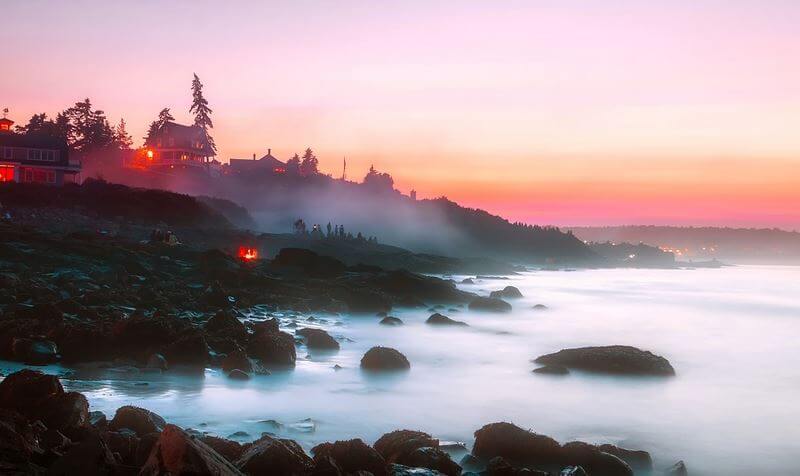 Our beloved chowder cracker has been eliminated–again! Eleven years ago or so, Nabisco stopped making Crown Pilots and all heck broke out in Maine, especially Chebeague where Damon Miller Damon was the first to raise perpendicular dickens about it. CBS and Tim Sample came to interview several of us and they featured the dust-up on Sunday Morning. Nabisco saw a promotional opportunity and brought it back.

But now it is gone, yet again, and we feel crumby about it.

What’s the big deal with a cracker? Pilot crackers are a largish cracker, 2 1/2 x 4 3/4 inches, made primarily of flour, a bit of shortening but not much, some molasses, malted barley flour, baking soda. That’s pretty much it. Several decades ago, this kind of cracker was de rigeuer in chowder because it was the closest thing around to seafarer’s hardtack, one of the original ingredients in chowder, predating potatoes which eventually replaced it.

Somewhere along the line, some idiot decided that a chowder had to be thickened with flour, a huge mistake, and crackers were a relegated to the side to be crumbled optionally on top. In recent years, little oyster crackers gained wide acceptance in New England for dumping on chowder, though Mainers knew better than to buy that nonsense. Mainers seized a pilot cracker, crushed it with their fist into their soup bowl, and ladled their chowder on top. Of course, we were making chowder properly–no flour–and a lovely milky broth.

The deep story on this cracker is that when Nabisco, which some of you may or may not know was called National Biscuit Company, began in the late 1800s, they made a large corporation out of buying small bakeries all across the nation, including a Newburyport, Massachusetts, bakery where the Crown Pilot was a product. At the time Nabisco (now itself owned by Kraft) first dropped the cracker, the recipe was the oldest one that the company owned, probably dating to the 1880s or ’90s.

Most of us forget that crackers, hardtack, even some sweet biscuits and cookies were made by professional bakers in large towns and cities. A hardtack–seabiscuit–bakery was one of the first commercial enterprises in early seventeenth century Virginia. Newburyport as a seaport, of course, needed hardtack, and its more refined and expensive first cousin, pilot crackers, a nicer version of hardtack reserved for the officers.

But it is a terrible thing when we come to rely on a necessarily self-interested corporation to supply us with the needful for our cultural identity. Especially when there are not enough of us to buy more in order to help our poor cracker-friend meet his corporate profit goals. Think, for example, what will happen to Thanksgiving Dinners across the country the day that Durkee stops making onions rings for the top of that famous green bean casserole?

Who knows what will happen with the cracker this time. My opinion is that we need to find a Maine bakery to buy, beg, or steal the pilot cracker recipe and make it here where it is loved and wanted.