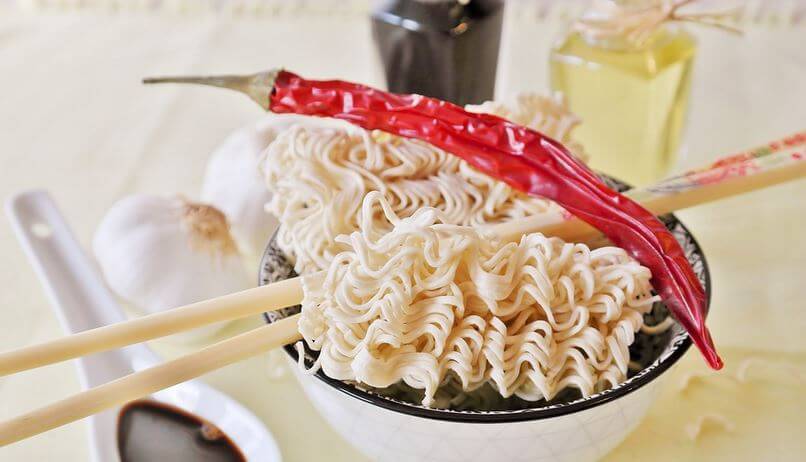 I had never watched the Travel Channel’s Bizarre Foods show starring Andrew Zimmern before last night. Because he was coming to Maine, I had to tune in. I asked my brother Brian, Chef at the Thomaston Cafe, if he’d ever seen it. “Oh, that guy? I watched last week and he was eating blood sausage. You should see the things he eats. Crazy!” was his reply.

Now I just had to see what it was all about. I stayed up far past my normal bedtime (until 11), and boy am I glad I did! This show was amazing, and Maine was showcased as a state of ingenuity and culinary fare to rival the country.

Andrew started out at Miyake’s in Portland, where he savored seaweed and flounder along with fiddleheads and sushi which he proclaimed “works beautifully together”.

Next he trekked to the Maine woods in Mount Desert Island and had Bean Hole Beans and Beaver (considered a delicacy among Native Americans). Maine has, according to Zimmern, a “healthy appetite for wild game.” The beaver chili, rich with the flavors of cayenne, oregano, cumin, sea salt, and garlic was a huge hit with him. I learned that all of the beaver is edible, lean, and healthy, right down to the tail!!

The next stop was Buxton, where forager Rick Tibbetts took Andrew to the secret Maine stores of wild plants such as fiddleheads, stinging nettles, cattail shoots, and ramps. Tibbets pointed out that flora such as fiddleheads are poisonous one part of the year, and edible the next. Foraging takes know-how.
Tibbets then prepared a stinging nettle soup and wild Maine salad which were praised highly.

Andrew Zimmern then lived out his childhood dream of lobstering with local legend Linda Greenlaw on her boat the “Mattie Belle.” Back on the beach at Isle au Haut, Zimmern was treated to a traditional lobster bake, complete with seaweed, onions, steamers, corn, and of course, the lobsters he caught.

Ok, nothing very bizarre yet. Then Andrew meets up with his dad, Bob, in Portland, and things get a little weird. The two enjoy the culinary talents of self-taught chef Rob Evans of Hugo’s. He prepares for them Native Maine Whelks in Lemon Garlic Butter, which they exclaim “melt in their mouths.” This course is followed by a Cod-Head-to-Tail-Chowder, utilizing all of the fish, including the sperm, which apparently adds a creamy texture!!  The Raw Lobster in Applewood Smoke was a work of art, arriving at the table skewered in a glass container of smoky haze.

Where things started to go off the deep end was during the 4th Annual DeathMatch, where chefs by profession got a chance to let loose. The most unusual dish using the most bizarre Maine ingredients would be crowned the winner.

And I’m glad to see that Andrew Zimmern does, too.

Melanie Hyatt is an editor at Maine Food & Lifestyle magazine.