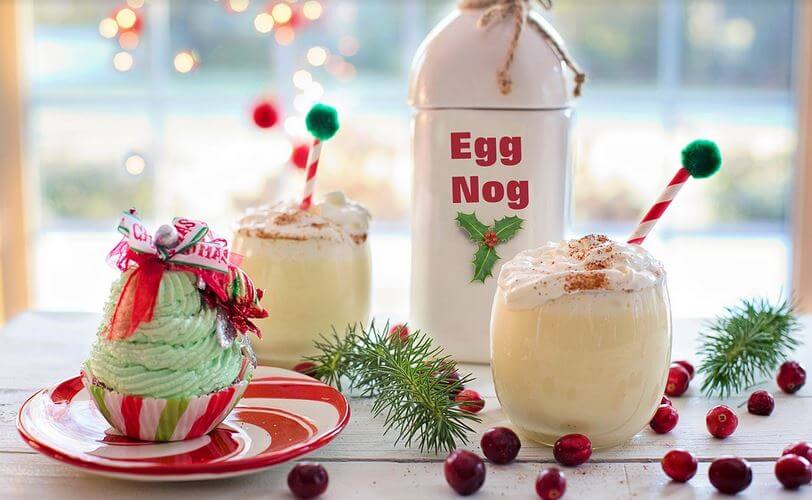 Due to the expensive ingredients (and the expense of keeping milk and cream fresh), alcoholic eggnog was once a drink consumed only by the English aristocracy, but eventually made its way to America sometime in the 18th century. Because of the high tax on English brandy, rum became a popular liquor to infuse one’s eggnog with alcohol up through the end of the Revolutionary War when domestic whiskey–especially bourbon–became the preferred liquor. Whiskey-infused alcoholic eggnog has since become a holiday tradition for families the nation over.
image: webmd.com

Start by whisking the eggs, egg yolks, sugar, and salt in a large pan until well-blended. Keep on whisking while you slowly pour in the milk until it is completely mixed-in. Next, set the pan on your stove’s burner and turn it to the lowest possible setting. Continuously whisk ingredients for 25-30 minutes or until the mixture reaches 160° and will coat the underside of a spoon.

Next, remove the mixture from heat and strain it into a large-sized bowl, making sure to get out any pieces of cooked egg. Now stir in the bourbon, vanilla, and nutmeg, and transfer your mixture to a covered dish. Refrigerate the mix for at least 4 hours before proceeding.

Finally, when you’re ready to serve your eggnog with alcohol, grab the heavy cream and whip it well. Now just fold in the chilled mix, pour, serve and enjoy!